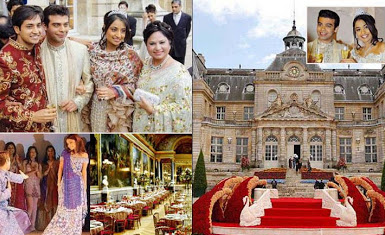 Whilst the public proclamation of love via the exchange of vows in front of an officiant is the wedding that we know of today, weddings in centuries past were often secret agreements between the couple and didn’t comply with legal formalities. Here are some more wedding facts from around the world:

1. The largest number of guests at a wedding was at a Jewish wedding in Jerusalem in 1993 where 30,000 people attended.

2. Four thousand years ago it’s a fact that for a month after the wedding, the bride’s father would supply his son-in-law with all the honey wine he could drink. The Babylonian calendar was lunar based, so this period was known as the “honey month” or as we know it today, honeymoon.

3. In Holland, a pine tree is planted outside the newlyweds’ home as a symbol of fertility and luck.

4. The wedding shower originated with a Dutch maiden who fell in love with an impoverished miller. Her friends “showered” her and her groom with many gifts so the couple could do without her dowry.

5. Engagement and wedding rings are worn on the 4th finger of the left hand because it was thought that a vein in that finger led directly to the heart.

6. The tradition of a wedding cake comes from ancient Rome, where revellers broke a loaf of bread over a bride’s head to wish her fertility.

7. The custom of carrying the bride over the threshold came from the belief that the newly married couple was very susceptible to evil spirits. By carrying the bride and supplying a protective layer between the floor and bride, she would be protected from evil.

8. In Egypt, the bride’s family traditionally does all the cooking for a week after the wedding, so the couple can relax.

9. In the symbolic language of jewels, a sapphire in a wedding ring means marital happiness.

10. In South Africa, the parents of both bride and groom traditionally carried fire from their hearths to light a new fire in the newly-weds’ hearth.

11. In many cultures around the world the hands of a bride and groom are literally tied together to demonstrate the couple’s commitment to each other and their new bond as a married couple. This hand-fasting is the origin of the phrase “tying the knot”.

12. Stag parties were first held by ancient Spartan soldiers, who kissed their bachelor days goodbye with a raucous party.

13. In Asia, wearing robes with embroidered cranes symbolizes fidelity for the length of a marriage.

14. In Japan, white was always the color of choice for bridal ensembles.

We use cookies to ensure that we give you the best experience on our website. If you continue to use this site we will assume that you are happy with it.Ok